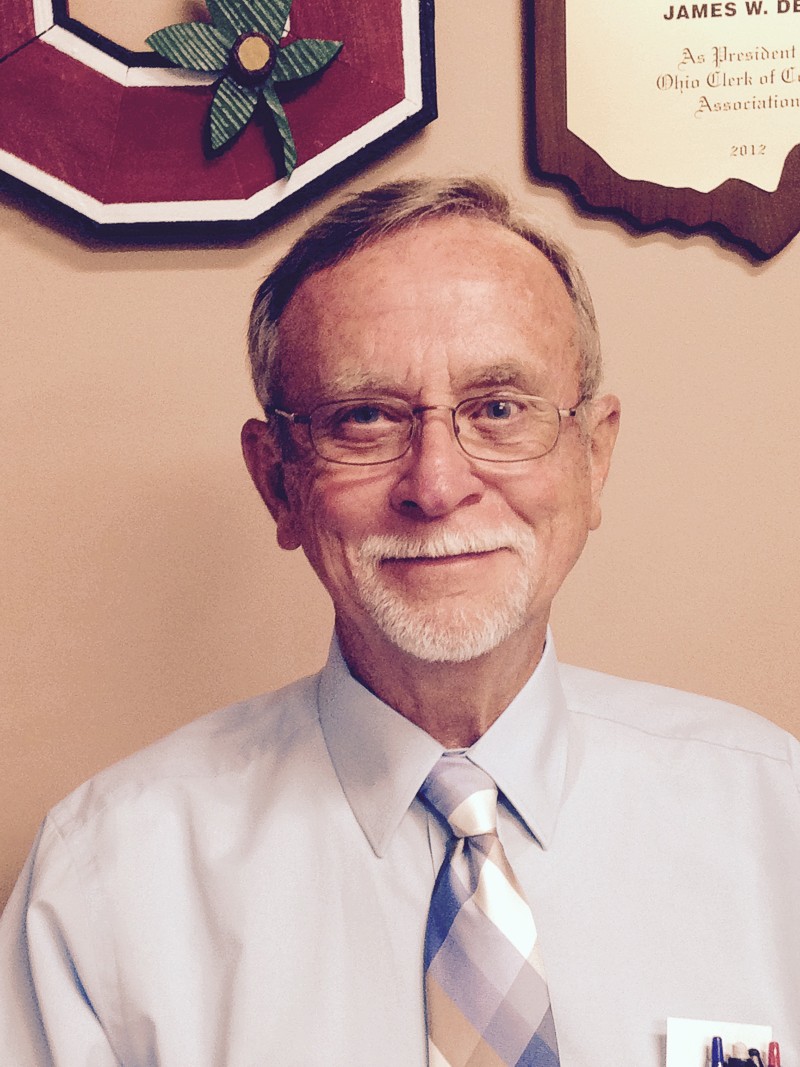 James W. Dean was appointed as Clerk of Courts in October, 2003 and has been elected to continue his functions in 2004, 2008 and 2012. During his term in office, Jim was elected and served as President of the Ohio Clerk of Courts Association.

The Clerk of Courts office plays a vital role in serving the interests of justice. This role includes:

The Clerk of Courts office is also responsible for the collection of millions of dollars annually of sales and use taxes in the Auto Title Division when issuing Certificates of Title to the residents of Ohio for their purchase of automobiles, motorcycles, off-road vehicles, motor/mobile homes and watercraft.